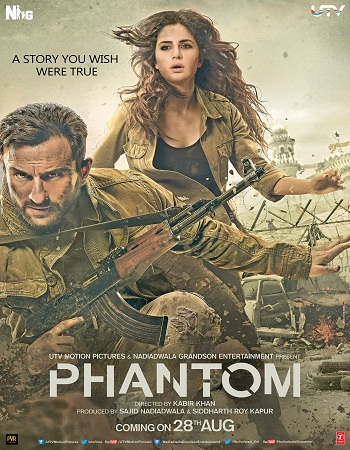 {Synopsis}: {Phantom is a 2015 Indian action thriller film directed by Kabir Khan and produced by Sajid Nadiadwala and Siddharth Roy Kapur starring Saif Ali Khan and Katrina Kaif in leading roles. The screenplay of the film has been written in coordination with author Hussain Zaidi’s book Mumbai Avengers on the aftermath of 26/11 Mumbai attacks. The trailer was released on 25 July 2015. The film was released worldwide on 28 August 2015 with mixed reviews.}